Pi Day is the celebration of the irrational number that calculates the ratio of a circle’s circumference to its diameter. Commonly expressed as 3.14159 or simply 3.14, the ending of Pi has actually never been determined. Some mathematicians have calculated up to billions or even trillions of decimal places! Here, the Pi Day website shares one million digits of Pi. Even more fascinating, these numbers are said to continue infinitely without repetition or pattern! The theory lies in understanding that squaring a circle would be impossible, thus calculating an ending to Pi would be equally unlikely. Educator Reynaldo Lopes explains the nature and applications of Pi in his TedEd lecture:

This Saturday is considered “Super” Pi Day because the date precisely reflects the first few digits:

That is exactly what the University of Arizona plans to do during their Science City event this weekend, held in conjunction with the Tucson Festival of Books. Right before 9:27 a.m., Science City will host a Super Pi Kickoff, at their “Super Pi Zone.” Details here.

If you can’t visit our neighbors in Pima County this weekend, but still want to learn more about this fascinating number, here are some links and books in our collection.

National Library Week is a national observance week sponsored by the American Library Association with the intent to celebrate libraries and promote all they do for our communities. This year’s theme is “Lives Change @ Your Library“, and the Honorary Chair of National Library Week is best-selling author and intellectual freedom advocate Judy Blume. 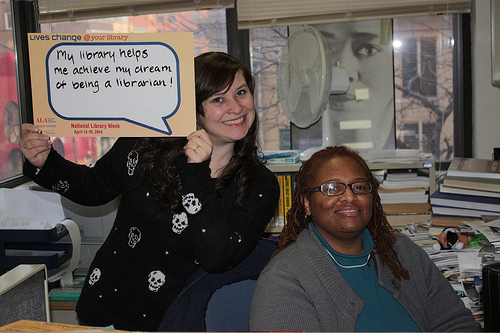 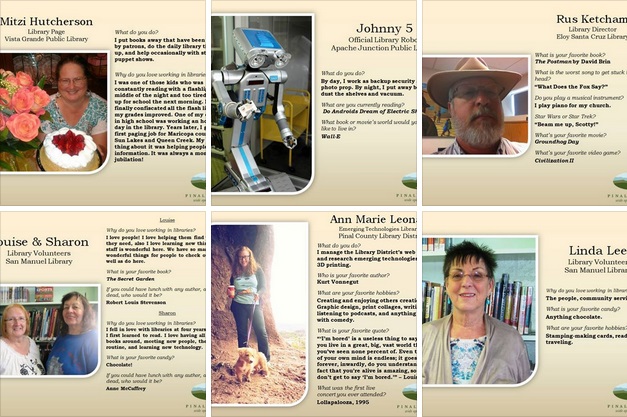 Additionally, National Library Worker’s Day falls on the 15th. This day is a day to recognize the value of library staff, administrators, and Friends groups. Here at Pinal County we’re exceptionally proud the staff of the 13 affiliate libraries within our district. We encourage you to get to know the people who help make your local library great by visiting our National Library Week Facebook album.

Has a library worker within Pinal County provided you with exceptional service? If so, share your story with us on our Facebook page, or write to us at @PinalLibraries on Twitter.

When psychologist first began attempting to define and diagnose the set of symptoms we call now call Post-Traumatic Stress Disorder (PTSD), they referred to the condition as “Soldier’s Heart“. The name punctuated the physiological, psychological, and emotional effects of this painful condition. Today, the United States Department of Veterans Affairs has identified that 8% of men and 20% of women who experience trauma, may develop PTSD. In order to educate the public on PTSD, the V.A. has declared June 27th PTSD Awareness Day. Take a moment today to explore resources about this condition, and the ways it affects our veterans and communities.

“Donald joined the Marines to escape a dysfunctional home after high school. Over the course of his career, he developed into a tough warrior, a Navy SEAL, a medic, and a physician’s assistant. He’s traveled the road from student to instructor and from training in the waters off Coronado to the deserts of Iraq and mountains of Afghanistan. He was a reluctant hero, who saw comrades and friends killed in action, who saved many more, and who came home a changed man. He details those firefights, his struggles with PTSD, and how he found the help that he needed through the love and support of family, fellow SEALs, and service organizations. This book is similar to Service: Lone Survivor, a Navy SEAL at Work by Marcus Luttrell.
VERDICT An entertaining inside look at the psyche of special operations warriors, this book will be of interest to those who enjoy military memoirs, with an emphasis on special ops and military medicine, along with a side look at PTSD and its issues.”
– Library Journal

The Invisible Wounds of War: Coming Home from Iraq and Afghanistan
By Marguerite Guzman Bouvard

“Invisible in their suffering, an estimated 4,300 Iraq and Afghanistan vets have returned with crippling post-traumatic stress disorder, writes Guzman Bouvard (The Path Through Grief). A resident scholar at Brandeis’s Women’s Studies Research Center, she calls for Americans to recognize the plight of male and female soldiers, unveiling the heavy psychological cost vets and their families continue to pay. One RAND study found as many as 19% of soldiers may experience traumatic brain injury, possibly overlapping with PTSD and depression. Yet 57% never got an evaluation, much less treatment, from a doctor. Along with the lack of health care, Guzman Bouvard also reports on the loss of those vets whose pain became so unbearable that they took their own lives—men like Noah Pierce, who “succumbed to the hidden wounds of PTSD,” his mother plaintively wrote. Still, programs are beginning to publicly acknowledge the isolation and pain, including an exhibit of photos in Wisconsin called Always Lost: A Meditation on War and a Home Base Program in Massachusetts that addresses the needs of vets and their families. Guzman Bouvard reminds us to properly honor the sacrifices of our war vets while providing care for them and their families.”
– Publishers Weekly

Other titles to consider –
Life After the Military: A Handbook for Transitioning Veterans By Janelle Hall, et al.
After the War Zone: A Practical Guide for Returning Troops and their Families By Laurie B. Slone and Matthew J. Friedman

National Institute of Mental Health – “What is PTSD?”

Pinal Libraries offers a great selection of materials on men’s health and wellness!

Use this observance day as inspiration for checking out some Pinal County Libraries’ books and DVDs about environmental impact!

CosmoGirl 250 things you can do to green the world (2009). By CosmoGirl. Hearst Books. Today’s teenagers want to make a difference…and they can. Simply by following the 250 fabulous tips in this ultra-portable guide, they’ll instantly become environmental defenders. It presents unique, teen-friendly ideas that girls can really get excited about and do.

Do One Green Thing : Saving the Earth Through Simple, Everyday Choices (2010). By Mindy Pennybacker. St. Martin’s Griffin. Presents green decision making in bite-size pieces, with simple choose it or lose it comparisons throughout, from how drinking filtered water can help save oil to how skipping red meat at least one day a week can reduce greenhouse gas emissions.

Ecological Intelligence: How Knowing the Hidden Impacts of What We Buy Can Change Everything (2009). By Daniel Goleman. Broadway Books.  Both individuals and companies suffer from collective self-deception and blind spots in their thinking about the environment and their impact upon it. Goleman explains the role of psychology in these decision making processes.

No Impact Man (2009). Directed by Laura Gabbert and Justin Schein. Oscilliscope Pictures. Filmmakers follow author Colin Beavan as he embarks on a challenge to live one year with as little impact on the environment as possible.

On Extinction: How We Became Estranged from Nature (2012). By Melanie Challenger. Counterpoint. Realizing the link between her own estrangement from nature and the cultural shifts that led to a dramatic rise in extinctions, award-winning writer Melanie Challenger travels in search of the stories behind these losses. From an exploration of an abandoned mine in England to an Antarctic sea voyage to South Georgia’s old whaling stations, from a sojourn in South America to a stay among an Inuit community in Canada, she uncovers species, cultures, and industries touched by extinction. Accompanying her on this journey are the thoughts of anthropologists, biologists, and philosophers who have come before her. 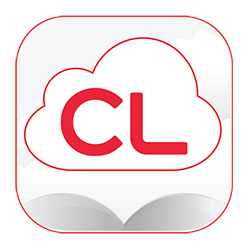